The average C fore exit poll results so far have been 95% accurate.

We conducted pre poll survey and exit poll for recent Karnataka elections. Our projections were most accurate in terms of vote share and seats projected for different parties. 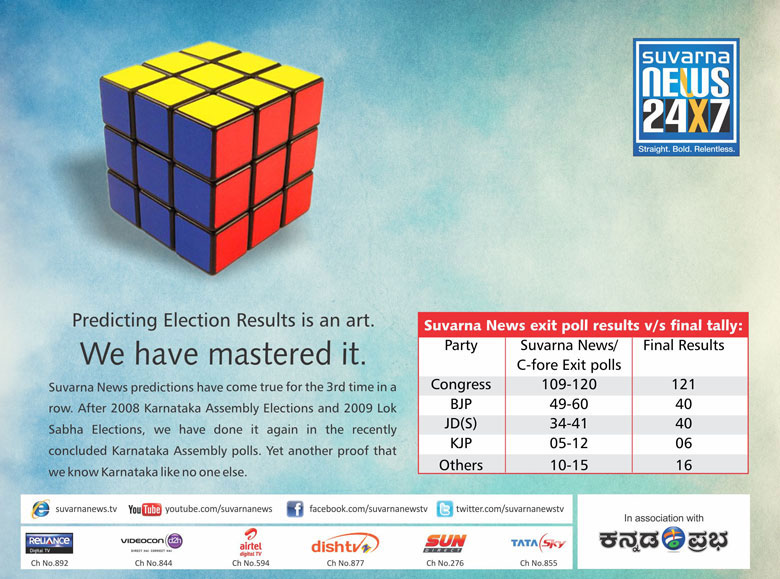 C fore's prediction for Kerala assembly elections in 2011 were 100% accurate.

C fore's prediction for West Bengal was 98% accurate. In Tamil Nadu and Assam the C fore survey was right in predicting the winner.

C fore's prediction for Karnataka was 100% accurate. C fore predicted that BJP will get 104-114 seats and it actually got 110 seats An exit poll was conducted for the assembly elections in four states namely Punjab, Uttar Pradesh, Uttaranchal & Manipur for Doordashan. The poll result was on the dot.

Some of the studies undertaken for the mass media by C fore: